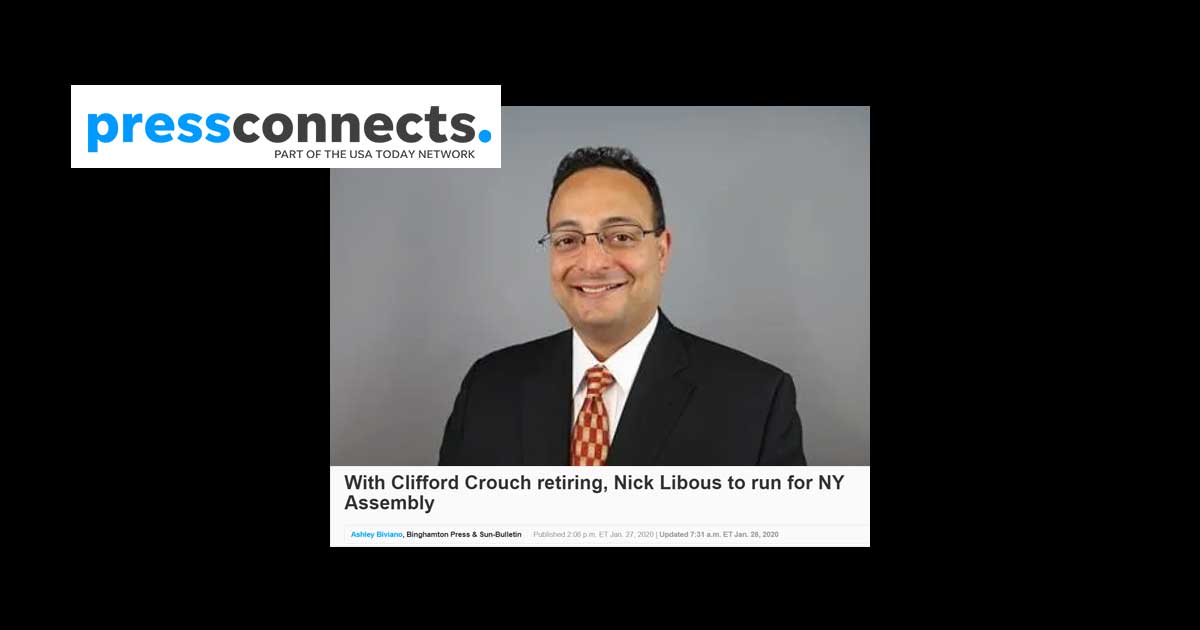 The content below was posted by Ashley Biviano, Binghamton Press & Sun-Bulletin on pressconnects.com.

View the article on pressconnects.com

Current Assemblyman Clifford Crouch, R-Guilford, said he won’t seek reelection in 2020. Crouch has held the office for 12 terms, taking the seat in 1995 following the resignation of Clarence Rappleyea and became the longest-tenured Republican in the Assembly.

Libous ran against Crouch in 2018 but was defeated in the Republican primary.

“I’ve got a 17-year-old granddaughter who is graduating from high school this year, and I’ve realized how many soccer games and basketball games I’ve missed,” said Crouch, a father of three and a grandfather of seven. “I’ve got six more grandchildren to go, and I didn’t want to miss all of them. Family is very important.”

The Assembly hopeful is the son of former Sen. Thomas Libous, who served as senator for the 52nd District for 13 full terms before he was removed from office in 2015 after he was convicted of lying to the FBI. He died of cancer in 2016.

Libous, a Republican, said it’s time for new leadership. He added he supports repealing bail reform and the “green light” law. Libous supports cutting taxes to “help families and to create new jobs.” Libous said there’s a lot of work to do but he is up for the challenge.

“We need to bring new ideas and a whole new energy to Albany,” Libous added.

Libous’ decision to run sets up a potential primary in June. Crouch is backing former Norwich Police Chief Joseph Angelino, a volunteer in his office.